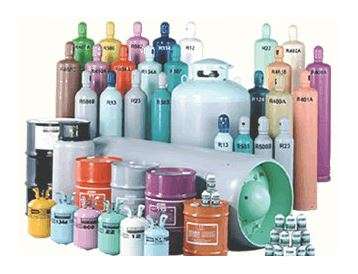 Refrigerants are an ever evolving technology with far reaching consequences and impacts. For example, when you install new HVAC systems they are hopefully going to last 15- 20 years. If the refrigerant that system uses becomes obsolete there is no way to add refrigerant in case of leak or damage. This can affect repairs and viability later on.

HVAC refrigerants are not interchangeable. In order to change types of refrigerants an existing system would need to be retrofitted to accept a different refrigerant. It can be quite expensive to retrofit and therefore, can be cost prohibitive.

There are many uses for refrigerants both commercially and residentially. The EPA classifies and regulates them by their usage and classification. Here we are concerned with residential and light commercial HVAC refrigerants particularly.

The early beginnings of refrigeration came about in the mid 1700s with experiments in absorbing heat and the resulting cooling. By 1895 there was some advancement in compression, evaporation technology. Ultimately, over the years refrigeration technology became far more efficient and effective.

By 1930 Dupont had trademarked R22 Freon which remained a common air conditioning staple right up until 1974. In 1974, there became enough great concern over chlorofluorocarbons harming the ozone layer in the atmosphere. Not only the use of chlorofluorocarbons, but more so in the manufacturing of them. In order to comply with new EPA standards, Freon could no longer be manufactured in the US as of 2010. As of 2020 it will be banned from import as well. This will effectively end the R22 Freon era. 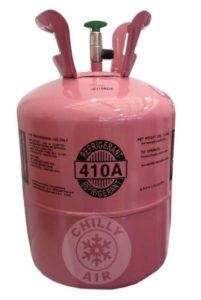 By 2030 much lower GWPs will be expected and some common refrigerants like R410a may be phased out. Some commercial applications are already moving away from R410a. 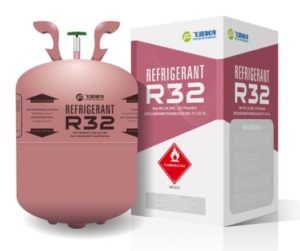 As a Replacement (Lower GWP- Global Warming Potential), R32 DiFluoromethane has been used in Japan since 2013. It uses 78% lesser volume refrigerant than R410a and compares as follows:

There are many advantages to this refrigerant such as :

The Disadvantages need to be mentioned and considered as well:

Many new refrigerant products are likely in development even now, but R32 is the most likely early candidate for the next phase of HVAC refrigerant in the more immediate future. 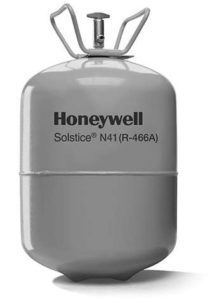 The Honeywell offering on the horizon is R466a Solstice. It’s offering has been officially announced and it is currently being ASHRAE tested, it has received a provisional approval. Manufacturer’s are needing to test for retrofitting and new system production. The biggest plus is that it is non flammable which is a very big concern for R32.

Staying on Top of Evolving Technology

The HVAC industry is experiencing many ongoing, pertinent changes and advancements. It is critical we stay on top of them and inform people. Understanding these technological trends when considering new HVAC systems is important. It is also beneficial to understand why these trends are happening and what the effects may be.